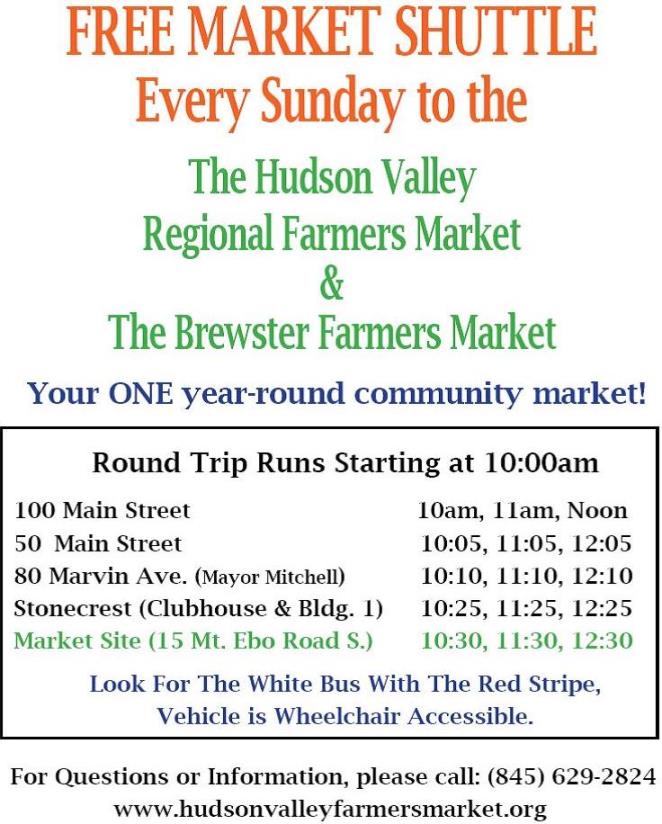 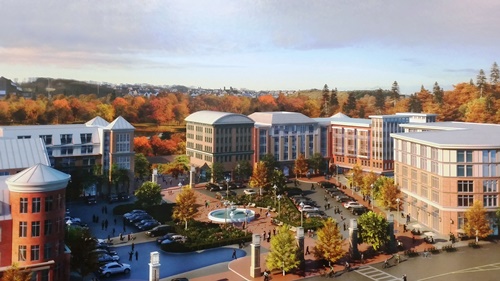 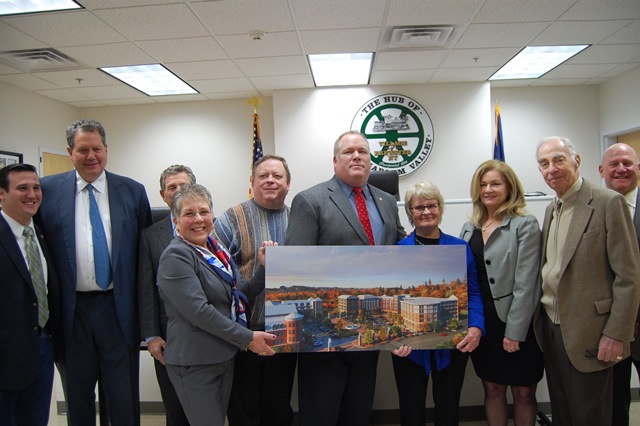 “The Empire State Development grant of $2 million dollars has been provided to support Putnam County and the Village of Brewster’s joint efforts over the past few years to revitalize downtown Brewster,” said County Executive MaryEllen Odell.  “This is a priority economic growth initiative that will spur population growth and vitality in the community by attracting millennials, which will in turn attract businesses and jobs, ultimately bringing Brewster back to its 19th century distinction as the hub of the Harlem Valley.”

The funding will offset the costs for acquisition, demolition and to begin construction in Phase I of multiple phases of reconstruction along the Village’s Main Street corridor.  For Phase I, a Transit Oriented Development (TOD) is proposed to be built in the area bounded by Main Street, Railroad Avenue, Marvin Avenue and the Southeast Museum.  Construction, which is expected to begin in late 2018, entails a shared subsurface parking structure for up to 550 cars, with mixed-use buildings above and built around a central open space plaza. The buildings will provide approximately 290 apartments and 32,000 square feet of retail and commercial space.

“This long-term revitalization initiative creates economic value for the entire Village and greater Brewster area, said Mayor Schoenig. “The TOD is part of our plan to attract and retain millennials in Putnam County, giving them attractive live-work-play surroundings and easy access to Grand Central Station via commuter rail.”

According to Schoenig, the development is currently funded through grants and or private sources. “There will be no outlay of funds by the Village.”

According to Harold Lepler, principal, Covington Development LLC, the master developer for the Brewster Revitalization effort , Phase I of the TOD project is expected to revitalize an economically distressed community, create new jobs and a higher quality of life for village residents, improve tourism and improve regional economic opportunities by turning the Village of Brewster into a place where people want to live, work and play.

September 26, 2016 -Brewster, NY
Brewster P.D. Awarded the 2016 John T. Sloper Fund Grant
The Brewster Police Department has been awarded a $1,789 grant, from the Community Foundations of the Hudson Valley, to purchase an additional AED (Automated External Defibrillator). This award was received through the generosity of the John T. Sloper Community Fund of the Community Foundations of the Hudson Valley. The Village received the additional automated external defibrillator (AED) and accessory equipment, so that this life saving equipment is available to our residents and visitors alike.
The John T. Sloper Community Fund was established at the Community Foundation and endowed with the proceeds from the sale of Sloper-Willen Community Ambulance Service. Founded in 1958 by John T. Sloper, the company motto was: “That lives may be saved.” This fund was established to honor the legacy of John T. Sloper and the Sloper-Willen Community Ambulance Service, to promote and encourage people and organizations to provide emergency medical services, and to save lives.   The John T. Sloper Community Fund promotes programs in Southern Dutchess and Putnam counties, areas previously served by the Sloper-Willen Community Ambulance Service, by providing training and emergency medical equipment to enhance the delivery of emergency medical services to residents of those communities to improve accessibility to emergency health services in order to save lives.
Sudden cardiac arrest (SCA) can happen anywhere and anytime, an individual’s chances of survival improve significantly if CPR and the lifesaving AED shock are administered within minutes of a cardiac arrest. The Brewster P. D. will have the Heartstart AED in the patrol vehicle available to respond to cardiac emergencies. The Department is grateful to The Community Foundations of the Hudson Valley for project funding, the Police Department’s mission is to enhance the quality of life of all persons residing, visiting and doing business in the Village.

The official Village of Brewster Government Page is now on FaceBook.  Link: https://www.facebook.com/brewstervillageny/

Current Fiscal Year Vouchers Payable and Year to Date budget reports are available through the "Government" / "Board of Trustees" / "Minutes, Reports..."

VRI Environmental Services, Inc. provides the full spectrum of services required to operate and maintain our wastewater facility at an optimum performance level, while at the same time keeping a close watch on operational costs. VRI Environmental Services, Inc. emergency service available 24 hours/day, 7 days/week. Emergencies or odors call 845-677-3839 any time of the day or night.

The Village of Brewster signed a Memorandum of Understanding with Covington Development LLC to achieve substantial improvements in the core downtown area. As part of the agreement, the Village is undertaking a Comprehensive Plan Update (CPU) focusing on Transit Oriented Development, Zoning Code Revisions, and expects to create an Urban Renewal Plan in line with the CPU.

The core downtown area of approximately 50 acres includes both sides of Main Street and extends to adjacent streets from the MTA commuter rail station to the famed East Branch of the Croton River, a world renowned trout fishing destination. Bordering on undeveloped lands of the NYC watershed to the south, new developments will take advantage of the attractive vistas.

The Village goals are;

To those ends a Memorandum of Understanding was signed with Covington Development LLC detailing the level of cooperation, milestones, and priorities required for Village renewal. Subsequently a Master Development Plan and a Land Acquisition and Development Agreement are expected to arise.  Harold Lepler, principal of Covington Development LLC stated; “We are pleased to collaborate with the Village to provide a strong foundation as we strive to realize the vision for a revitalized downtown and balanced, sustainable community future.”  Mayor Schoenig said, “The Village of Brewster is continuing to transform the community in a positive direction and this Memorandum of Understanding moves us to the next step toward the revitalization of Brewster, the Hub of the Harlem Valley.”  Deputy Mayor Christine Piccini said; “Finally we are bringing the dreams of the past decades to fruition. This Board deserves praise for its hard work and dedication. I am excited to have played an important part and will continue working hard to accomplish our goals.”  Covington Development LLC and affiliated associates are builders and developers of large corporate properties, skilled nursing, residential subdivisions and multifamily complexes in Putnam, Dutchess, Westchester and New York Counties. Among their notable achievements are Robin Hill Corporate Park, Mt. Ebo Corporate Center, Terravest Corporate Park, Clock Tower Commons, Highlands Retail Center, Fieldstone Pond, and Reed Farm.

The Village of Brewster in Putnam County, NY is an historic community about an hour north of New York City, 30 minutes north of White Plains, and 10 minutes from Connecticut and the city of Danbury.  We are pursuing strategies and resources that will position us to renew our community by, broadening our tax and government services customer base, re-purposing vacant buildings, leveraging new and upgraded infrastructure, capitalizing on the hub of two interstate highways, proximity to NYC via commuter rail, and highlighting natural surroundings such as the East Branch of the Croton River and other environmental assets to promote eco-tourism.

Property Owners:
Please be advised before you have any work scheduled on your property or house you must call the village to find out if a permit is required.
Starting work without a permit carries a penalty of $250; PLUS the cost of the permit.
Call the Village Office before starting any work.  It is in your own best interest.
The Village Code is a great resource and as is our website under the heading above: Buildings & Codes. There are forms and instructions on many common projects.
Generally, before a permit can be issued:

- If using a contractor, they must be licensed by Putnam County.
- Certificates of Insurance must be provided with the Village of Brewster named as additional insured.
- An Owner’s Consent form (notarized) must be submitted with the permit application.  Notary is usually available at Village Hall.
- All work must comply with NYS Code and the Village of Brewster Code.
- Remember to schedule a Certificate of Occupancy/Compliance inspection upon completion of the work – and while the Permit is still current.  Expired permits require repayment of the permit fee before a CO/C  can be issued.

Energy Savings Tips from the PSC

We urge you to help the village by keeping your property in pristine condition.  For information and reference on local village code visit our online code repository at http://www.ecode360.com/?custID=BR1329  New York State Codes can be found at  http://publicecodes.citation.com/st/ny/st/index.htm